Posted by WayNorth | Games, Studio, The Tavern | No Comments

Though it has been a while since our last update, our situation has not changed much; we’ve mainly just kept on working on our game (The Tavern). We’re also putting the finishing touches on the first version of the game’s dedicated website, which will sport more frequent updates about the game and its development progress, as well as the first proper gameplay details, answers to frequently asked questions, some early screenshots, etc. 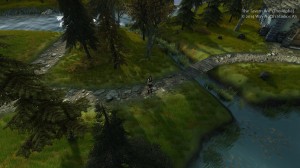 So, what else is happening? Well, let’s see… every year school-kids in Norway (9th graders) get to work for various businesses for 3-5 days, to get a taste of the life that awaits them after they’re done studying, and we had two kids work here for three days, during which time they helped us test The Tavern, provided feedback and criticism on the game and the game’s website (under development), and got their feet wet with Unity by using the editor to create some small game-areas of their own. Hopefully this can inspire them to seek out a career in game development! If you’re reading this: Thanks for your help, guys! 🙂

Around the same time, we were interviewed by some kids working in a similar fashion for a local newspaper, and got featured as part of an ongoing series said newspaper is doing on local businesses. Free advertisement is free, and whatnot! 😉

Last, but not least, we’ve also received some support in the shape of a small grant from a local/regional fund for startups (hoppid.no), which will allow us to keep on doing what we’re doing for a bit longer than originally estimated, without an immediate need for additional funding (though additional funding is always a good thing)! Huzzah!