Posted by WayNorth | Games, Recruitment, Studio, The Tavern | No Comments

Celebrations and much drinking of Urge is in order, as our indie development studio is now fully operational and we can finally, after several weeks of waiting for bureaucracy to run its course, announce that Way North Studios AS is officially open for development!

We did already do a soft-launch of sorts in various social media, but we have since then been busy sorting out everything that needed sorting out, such as signing all the necessary company-registration documents, paying various fees to bank and government, purchasing necessary hardware and software, ordering (and waiting in patience for) an Internet connection for our office, and so forth.

That is not to say that we’ve been sitting on our hands not doing anything meanwhile! We’ve been hard at work on design-documents, sketches and prototype-plans for our first game, as well as establishing processes and fine-tuning the tools we’ll be making use of during development. Recently we also got a proper Internet-connection installed in the office, instead of the limited 3G connection we used as a temporary solution. Now, with all the bureaucracy finally out of the way (for now), and with all the needed hardware and software in place, we’ve at last been able to bunker down and get started with proper, hands-on development of the early prototype for our game.

Speaking of prototypes, and games – we might as well go ahead and announce what game we’re making:

The Tavern will be a low-fantasy role-playing game for PC (/Mac/Linux) in which we will attempt to combine multiplayer socializing with singleplayer adventuring. Keywords: Tavern-hubs, adventures with branching storylines, monsters from myths, legends and folktales. Turn-based combat (probably). Oh, and (fully avoidable) permanent death. Anyhow, it’s still early days, so we do not have many details to share as of yet, but below you’ll find a teaser-screenshot of a prototype we’re working on. You can also head over to our Games-page for slightly more information about the game.

We will post more details about the game as development progresses. 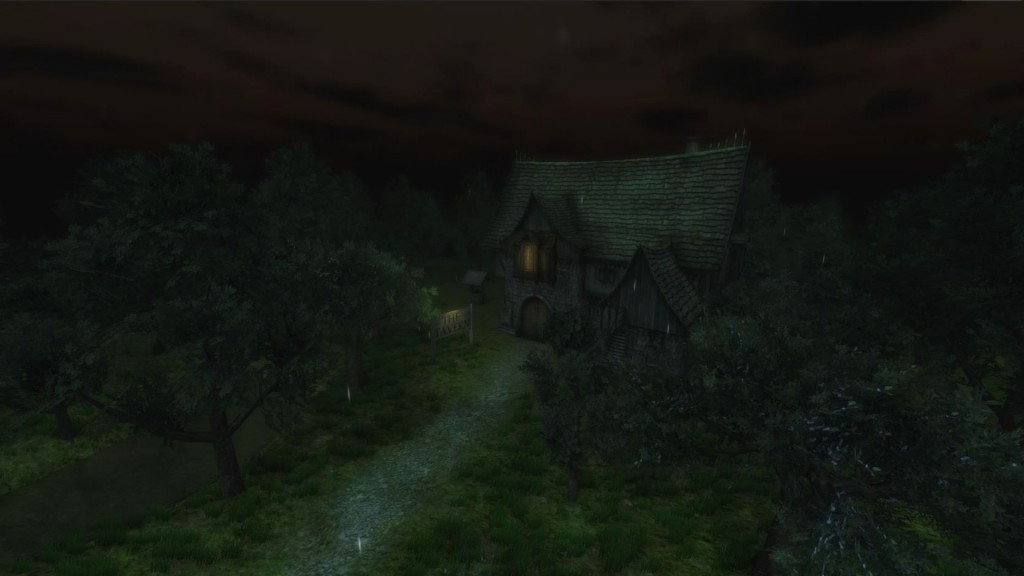 NOTE: We are still on the lookout for anyone who might be interested in joining us now early on as fellow co-founders. If you want to make games and you think you have the skills, the potential, the drive and/or commitment required to contribute – don’t hesitate, let us know! In fact, contact us even if you don’t aspire to become a co-founder, but you still feel that you can and want to contribute in some way.

Finally, here are some pictures of us in full action at the office: 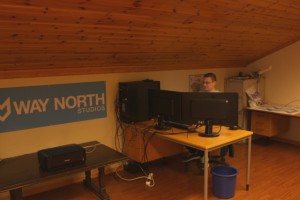 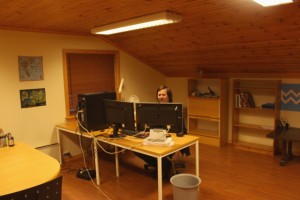 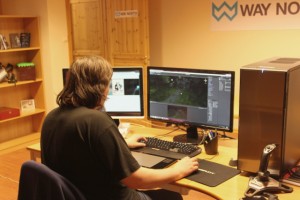 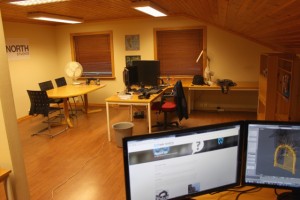 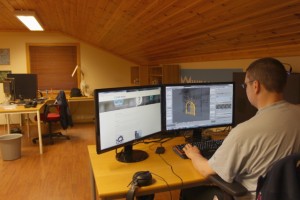